Our women’s wellbeing for pregnancy and beyond

Our women’s wellbeing for pregnancy and beyond

Interview with Leah Salmon founder of Naturally You Coach

As part of your consultancy you do Live Blood Analysis.  What does that entail?

To do this I take blood from the finger, place it on a slide and put under the microscope and project it onto the screen.  I show you round what I can see in your blood which is magnified 1000 times.  So I am able to see the white blood cells, red blood cells, plasma and the platelets.  From the shape, size and positioning of the cells we can see indications of different things to do with your health.

The process is not meant to treat, cure or diagnose anything, and the Advertising Standards Agency makes sure we don’t ever make that claim.  But it does give us a very clear indication of what is going on in the person’s body so that does help in giving dietary recommendations as well.  It’s very interesting.

You have worked to help women improve their health for many years.  How and why did you start this journey?

When I was 11years old I decided I wanted to be a vegetarian.  My mum obliged as long as I was getting enough protein.  So in everybody’s estimation if you are a young growing girl you need to get a source of protein, and the only way was through soya.  So I was led down the path of eating soya at least 3 times a day.  I had soya milk, soya cheese, soya burgers, even soya bacon.  Literally, soya everything.  In the midst of eating insane amounts of soya I also very rarely ate fresh fruits and vegetables.  I rarely made meals from scratch.  Like me making a meal  would be like boiling pasta and putting cheese on top and a soya sausage.  That was the extent of my culinary skills, so I was what I called a junk food vegetarian.  So as long as there wasn’t any meat, poultry or fish in it then I ate it.  I wasn’t vegan.

So I had pizza and spicy bean burgers from the take away.  By the time I was 17 I developed a menstrual condition called Metrorrhagia where I would bleed between my periods.  So I would have my regular period and 2 weeks later I had another period.  And this lasted for about 2 years and came with all the other symptoms of PMS.  I had the extreme pain, heaviness, clots, the skin eruptions, food cravings and the emotional instabilities.  But when I was 17years old this Metrorrhagia developed as well and this lasted until I was about 19years old.  And I kept it that long because I did not want to tell anyone about it.  I found it very embarrassing to have those problems.  I thought I was being punished and I did not link it to the food I was eating as I was under the presumption (and a lot of the clients I work with are under the same impression) that to be vegan/vegetarian then I am healthy and there is no way my food can impact my health.  END_OF_DOCUMENT_TOKEN_TO_BE_REPLACED

What is the origin of vaginal steaming and cleansing and where is it popular today?
Womb steaming takes place all over the world but has origins in South Africa.  It is most popular in rural areas in Africa in rural areas in Nigeria, Bakino Faso and Ghana.

In northern Africa it is also practised in places namely Morocco. As well as Ethiopia, Eritrea and Sudan.

Yoni steaming is practiced in rural areas for post pregnancy wellbeing.  Usually there is a 40day ritual to help get the body back to full health and yoni steaming is used for this.

Womb steaming is most commonly used from puberty in Central South America in countries such as Peru where it is called Bajos.  But the western society is still just coming on board with steaming.

What made you start learning about yoni steaming?
Well, I have always been into natural health.

In my early to mid-twenties I explored in my curiosity towards natural health and I was really interested in women’s empowerment.

END_OF_DOCUMENT_TOKEN_TO_BE_REPLACED

Do you find that black women are comfortable speaking about their vaginas?

Generally, we’re not. You know in our culture anything to do with our sexuality is generally not for discussion. But here’s the good news – it is probably more to do with the generation we’re from – so our mothers and grandmothers didn’t talk to us about our vaginas, though I bet amongst themselves they probably did. And I think our generation and those younger  – in their 20s and 30s –  are more comfortable having these conversations and are more open about anything to do with our sexuality, especially when we’re together. What we may not talk so much about is vaginal health. I don’t think this is limited to black women…women period don’t talk so much about vaginal health.

What are the common issues you find are prevalent to black women when it comes to vaginal health?

You know I think the main issue is still about vaginal cleanliness. Should we use soap or douches to wash our vaginas? By now, we should know that we shouldn’t but there are still pockets of us that think that we need to scrub with all sorts to ‘keep clean’, not realising what a wonderful and smart mechanism the vagina has to keep itself clean and healthy and that all we need is water and a mild soap for the vulval (outer) area.

END_OF_DOCUMENT_TOKEN_TO_BE_REPLACED

Do you think Sickle cell is misunderstood by the Black community?

Yes. Definitely.  Many people do not know what is but they ‘know’ that it’s bad.  They don’t know the mechanism of sickle cell.

There is a misconception about it, and sickle cell has a bad stigma attached to it.  There is a spiritual thing associated to it; like a curse. If you ask if someone has it in the family they will say ‘No!’ with pride!

It has become spiritually negative.  Really sickle cell is a genetic disorder and if we knew about it we can mitigate sickle cell.  Even if a person has it they can improve their quality of life.  To be honest even people with sickle cell do not understand it.  They know how the disorder makes it hard for oxygen to get around the body but they do not know how to improve their quality of life.  Many take morphine which is an addictive drug with negative effects on the body, altering the persons receptors of pain.

This is the reason why I previously launched Sickle Success to educate the community.  Education is essential and it is important for everybody to see the correlation between a healthy lifestyle and how they function.  As Africans we are not functional because of our lifestyle, and people with sickle cell can’t afford to have a poor lifestyle.

END_OF_DOCUMENT_TOKEN_TO_BE_REPLACED

What does a raw lifestyle mean to someone like yourself?

The raw lifestyle is life. It’s the reality of life!

We have a concept of nutrition provided by a cultural perspective, and a very dominant commercial perspective.

Raw lifestyle is understanding that we should be eating food that is not processed in any way.  Most people have an understanding  that we wake up in the morning and have a breakfast cereal.  But who laid down the law that you do that?    Really people have not thought about it.  They put sugar and milk on on their cereal.   But who made this rule? It’s really a commercially driven manipulation.  So raw lifestyle is cutting through ideas by looking at reality and what the body actually needs.

If you don’t give the body enough foods from the fruit kingdom and vegetable kingdom, nuts and seeds they will have serious health problems.

END_OF_DOCUMENT_TOKEN_TO_BE_REPLACED 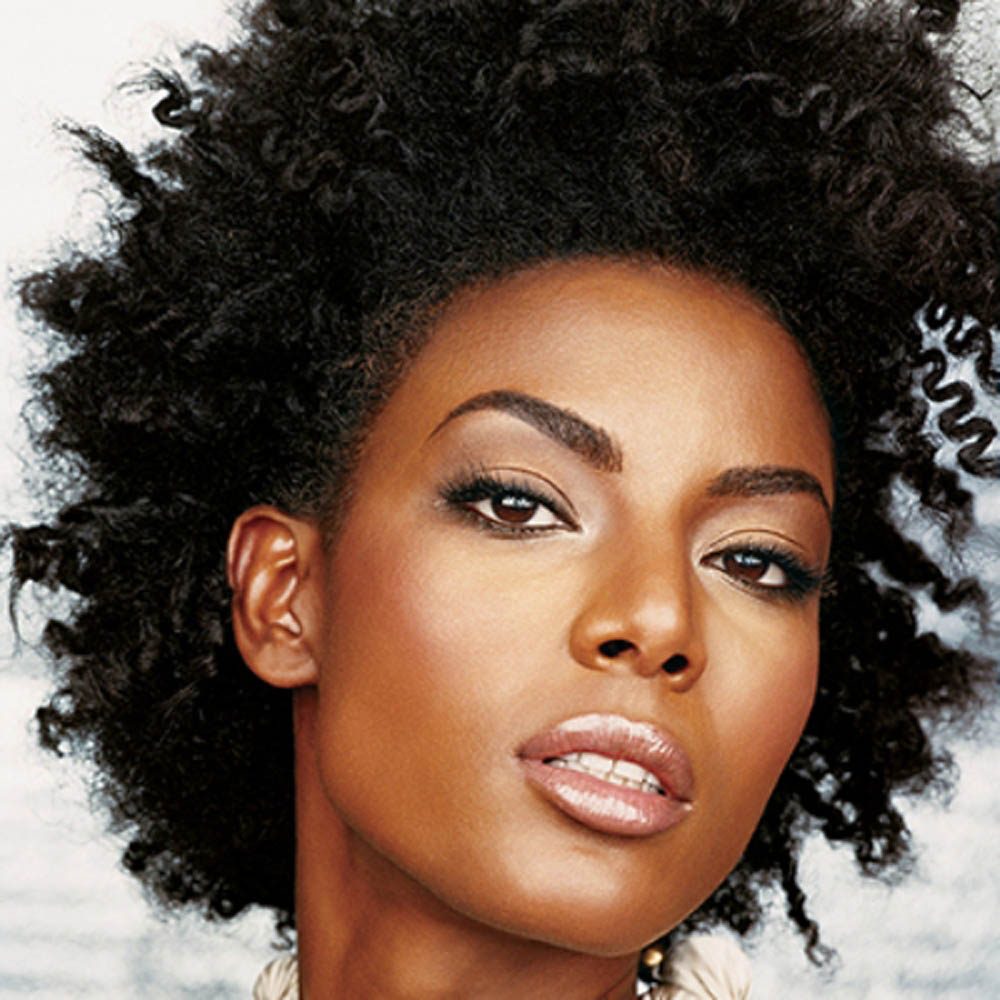 Firstly it is important to state that to have good hair means to care and condition the hair correctly, therefore it is completely possible for black women to have great natural hair free from chemicals.

Hair growth like all other bodily functions is affected by our lifestyle. Diet and stress play a great role in the health and vitality of our mane. The hair is the fastest growing tissue in the body after bone marrow, and it is made up almost completely of protein.

As Black people our hair is different. We are the only people to have 9 Ether hair growing up towards the sun. Many western writers speak of hair having no function other than to grow long and keep humans warm but since our hair grows up then surely our hair must have another purpose.

END_OF_DOCUMENT_TOKEN_TO_BE_REPLACED 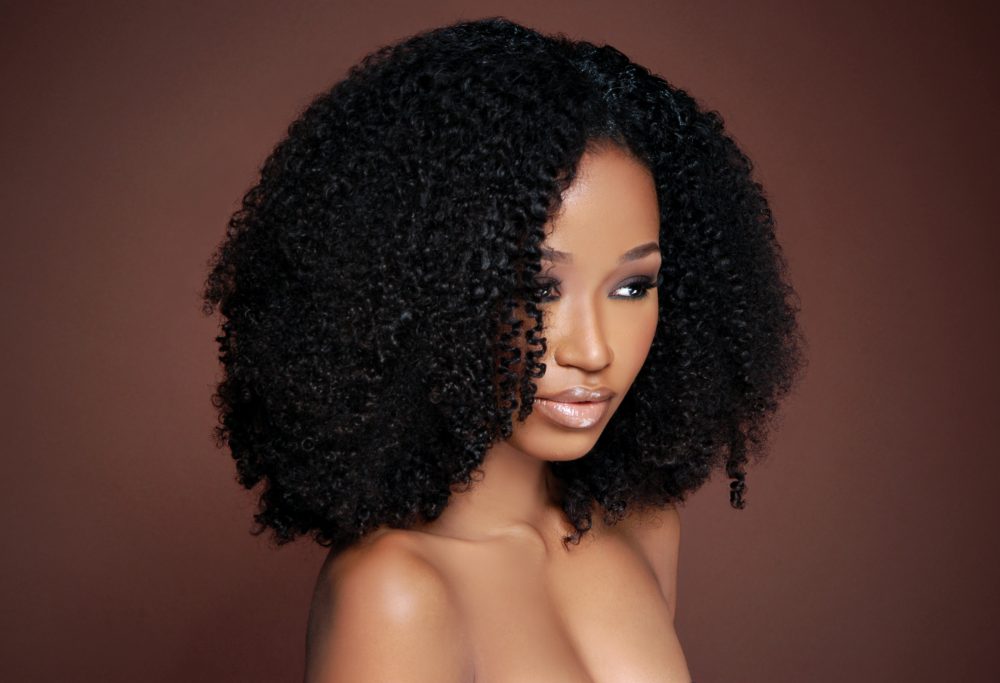 Myth 1 – My hair does not grow

For all people of different racial make-up hair grows 1.5 inches per month. African hair is the curliest hair and as such is prone to breakage; this is due to the curl itself causing the protein bonds to waken. Imagine a slinky (helical spring); if you apply enough pressure to the bends it breaks as this is its weakest part, this same principle applies to curly hair. The curls along the hair shaft are where our hair prone to breaking. By limiting the amount of times we interfere with our hair i.e. combing and pulling it will reduce amount of breakage we experience. By looking at African men with long hair or people with locks whose hair is in a natural state, their hair has grown no faster. However, it is tampered with far less.

END_OF_DOCUMENT_TOKEN_TO_BE_REPLACED 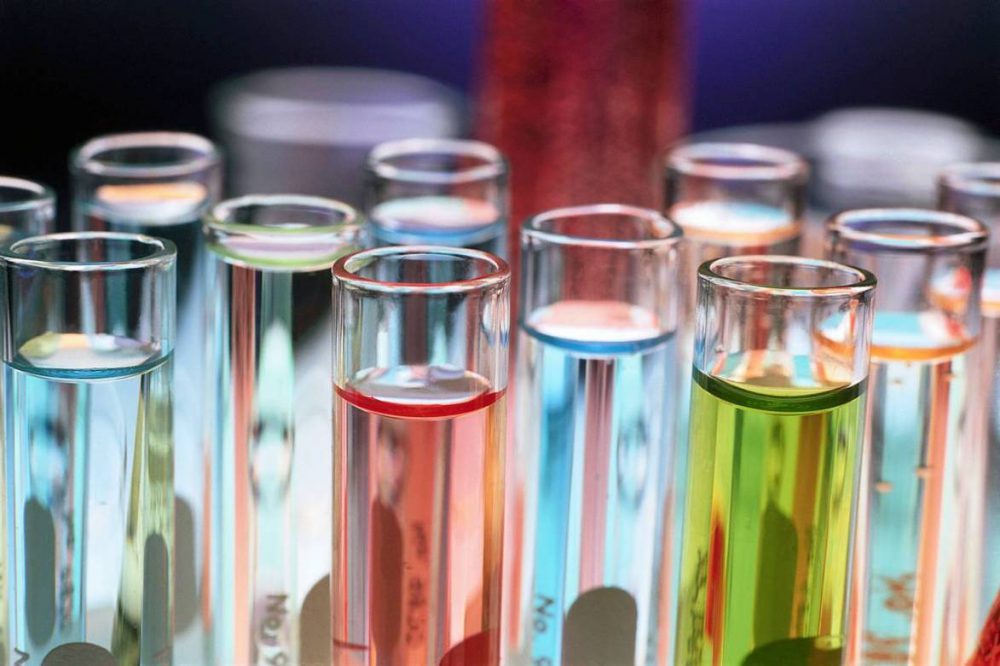 Chemicals In Our Products

What’s In YOUR Moisturiser?

If you do not suffer from flaky skin, eczema or unexplained rashes the chances are that you know someone who does. Have you ever wondered why?

There are several causes of these conditions which range from stress and anxiety, hereditary factor, climate changes, hard water, synthetic or wool fibres etc. One other factor which is often overlooked are the cosmetics that we use on a daily basis i.e. soaps, creams, oils, lotions, deodorants etc. Through extensive research, I discovered to my horror that many of the ingredients found in high street cosmetics contain a cocktail of toxic chemicals that should be avoided at all costs.

END_OF_DOCUMENT_TOKEN_TO_BE_REPLACED

The health of hair is a very important factor for its growth and maintenance. It is important to remember natural is always best; and many times what is good for us is found in our fruits and vegetables instead of in a bottle full of more chemicals.

Vitamins are essential for the whole body including the health of our hair and do the following:

END_OF_DOCUMENT_TOKEN_TO_BE_REPLACED

Routinely women are going to their GP or clinics and having screenings/smear test every few years to check for abnormalities in the cells.
We as Black women are more subjected to fibroids due to our environment and foods which we have to cope with, as western society (Europeans) DNA is different to ours. We really can’t handle junk food as our body is not naturally designed to be loaded with junk. After all you are what you Eat, Think and Feel

The womb is a sacred area of the body and has its natural function. When checked by the GP if fibroids are detected more often than not a hysterectomy is suggested as a solution to take it all out. This causes a huge hormone imbalance. Many times you find people as early 20’s are having their womb/uterus removed.

After this the body can’t cope as our DNA is not the same coming from the original source.