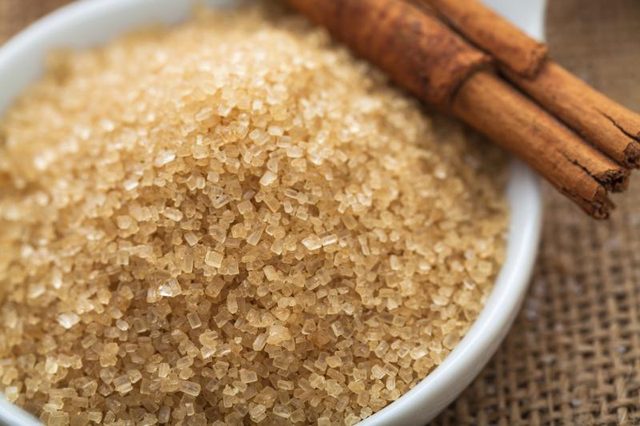 Why Afrikans Should Avoid Sugar by Kwame Osei

Sugar is one of the most dangerous foods there is because it is the one food that can cause a whole array of disease such as kidney failure, cancer, diabetes and obesity.

The well known, granulated white sugar that just about every Afrikan has in their kitchens comes mainly from sugar cane or to a lesser extent sugar beet. In its original raw state, cane sugar is a dark coloured not white, thick syrup better known as black molasses. It is this syrup which is refined to produce the clean looking granulated form we all know but along the way, all of the original goodness, the nutrients, mineral and vitamins contained in its original form are stripped away in the refining process. This leaves a handy product that is very sweet to the taste but is devoid of any goodness whatsoever . There are two main varieties of sugar that Afrikans/Black people should be aware of. They are:

Intrinsic Sugars are those sugars that occur naturally in fruits and vegetables and are called intrinsic because they reside within the cell structures themselves.

The good news is that you do not need to cut back on these sugars if you want to lose weight or get healthy because they’re natural. They also come with a variety of wholesome vitamins and minerals plus dietary fibre which are all essential to the body’s normal functioning. Simply put, these are good sugars to include in your diet.

Extrinsic sugars are those sugars not contained within the cell structures of the above mentioned natural foods. Instead they themselves fall into two main groups. These are:

NME sugars are added to foods for a variety of reasons, but are mainly added to sweeten them, to increase their bulk or to preserve them.

Afrikan people are eating too much of the extrinsic sugars (both milk and non-milk) that is responsible for the many diseases that they are getting.

If you examine the “foods” in any supermarket more closely and start reading labels, you will find just about everything contains extrinsic sugar. Most of the foods are loaded with it – from cereals, to soups, to ketchup, to hotdogs.

Some cereals are as much as 50% sugar. Sugar is also found in alcoholic drinks like beer and wine.

From a health and weight loss viewpoint, it is these NME sugars which should be avoided. The reason is they contain no useful nutrients for the body, so are metabolized and stored as fat.

The problem for dieters when this happens is the body never gets to use its stored up fat because we never get hungry, so it just keeps piling it on.

That’s the main reason you gain weight when you eat large amounts of NME sugars. However, if you cut down hard on these sugars and exercise regularly, your body will have no choice but to use up the stored fat and then you will start to lose weight.

We have stated that sugar is deleterious to your health: that it is more damaging than all other narcotics combined; that it is a long term chemical poison. Just what damage does sugar do to the human body? The list is endless.

When we talk about sugar, we are including bad nutrition as a whole, since anyone who indulges in sugar has bad dietary habits per se Sugar is by far the leading cause of dental deterioration – cavities in teeth, bleeding gums, failure of bone structure, and loss of teeth.

Sugar is the main cause of diabetes, hyperglycemia and hypoglycemia.

It is either a significant or contributory cause of heart disease, arteriosclerosis, mental illness, depression, senility, hypertension, cancer.

It has an extremely harmful effect in unbalancing the endocrine system and injuring its component glands such as the adrenal glands, pancreas and liver, causing the blood sugar level to fluctuate widely. It has a number of other extremely damaging effects on the human body.

Some of the other effects of sugar on the body are:

However, this is very misleading because what Afrikans need to be aware of is that Aspartame is 200 times sweeter than white sugar. Aspartame is totally synthetic and is made with a toxic poison called methanol.

In the United States the Food and Drug Administration (FDA) has reported that the common symptoms of too much aspartame is dizziness, nausea, vision problems, seizures, mood swings, menstruation problems, infertility problems, malaise and recurrent headaches.

There are a number of books available on the subject, but perhaps one of the most interesting ones is “Sugar Blues” by William Dufty.